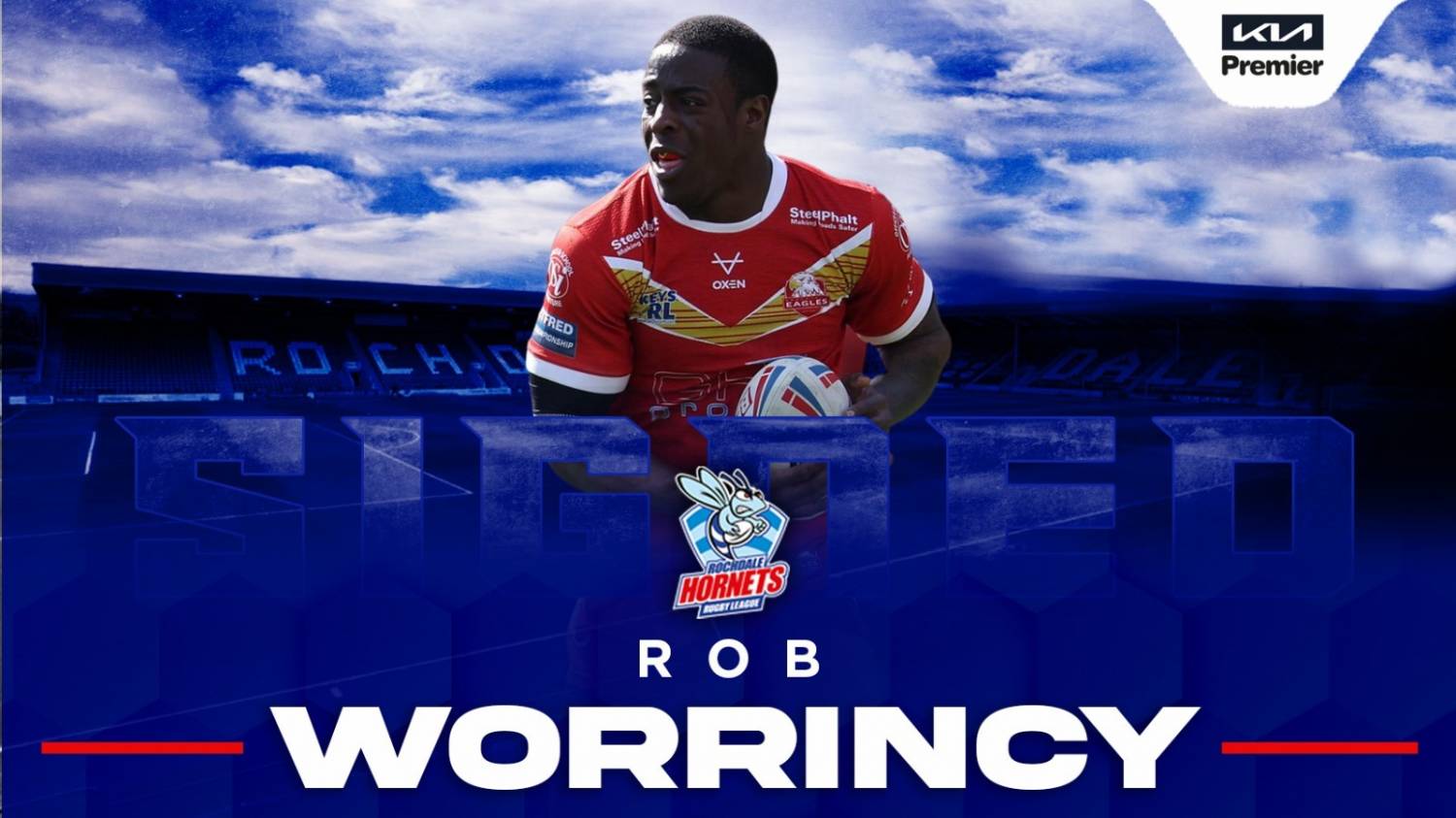 Rochdale Hornets is delighted to announce the signing of winger Rob Worrincy, for the remainder of the 2022 Betfred League 1 season.

The prolific try-scorer had called time on his 18-year career back in September, but was won over by the chance to work under Head Coach Matt Calland – for a second time.

He said: “I’ve missed being involved with professional rugby league so when Matt gave me the opportunity, to add another chapter to my career, it was really hard to refuse.”

Worrincy was a key part of Calland’s Halifax team which won the Championship Grand Final, back in 2010.

A miraculous comeback saw Fax come from 22-4 down to win their first trophy in 23 years, against Featherstone Rovers.

The flying winger also had four spells at Sheffield Eagles where he registered 93 tries in just 153 games.

The 36-year-old is hoping he can help Hornets win promotion to a league where he scored so many of his tries.

He said: “Hornets are a side with some real quality players and the club’s aspirations, to make the step up to Championship level, make it an attractive place to play.

“I’m looking forward to contributing to the club’s push for promotion, and being back out on the field with some familiar faces.”

With an outstanding 220 career tries to his name, Worrincy brings a clinical edge to a backline which already features the likes of Rangi Chase and Gregg McNally.

His wealth of experience, and knowledge of the game, will undoubtedly be of benefit to young wingers Dan Nixon and Cian Tyrer also.

Hornets Chairman, Andy Mazey, is really encouraged by the acquisition.

He said: “Rob is a Championship legend and only last year was still scoring tries in that competition - for Sheffield.

“He's a player Matt has worked with before and he’s in tremendous shape, having recently represented GB Police Rugby League.

“So, when the option of signing a player of Rob’s calibre came up we moved quickly - welcome to Hornets Rob.”

Worrincy will be in contention to make his first Hornets appearance at Sunday’s trip to Keighley Cougars (3pm kick-off).