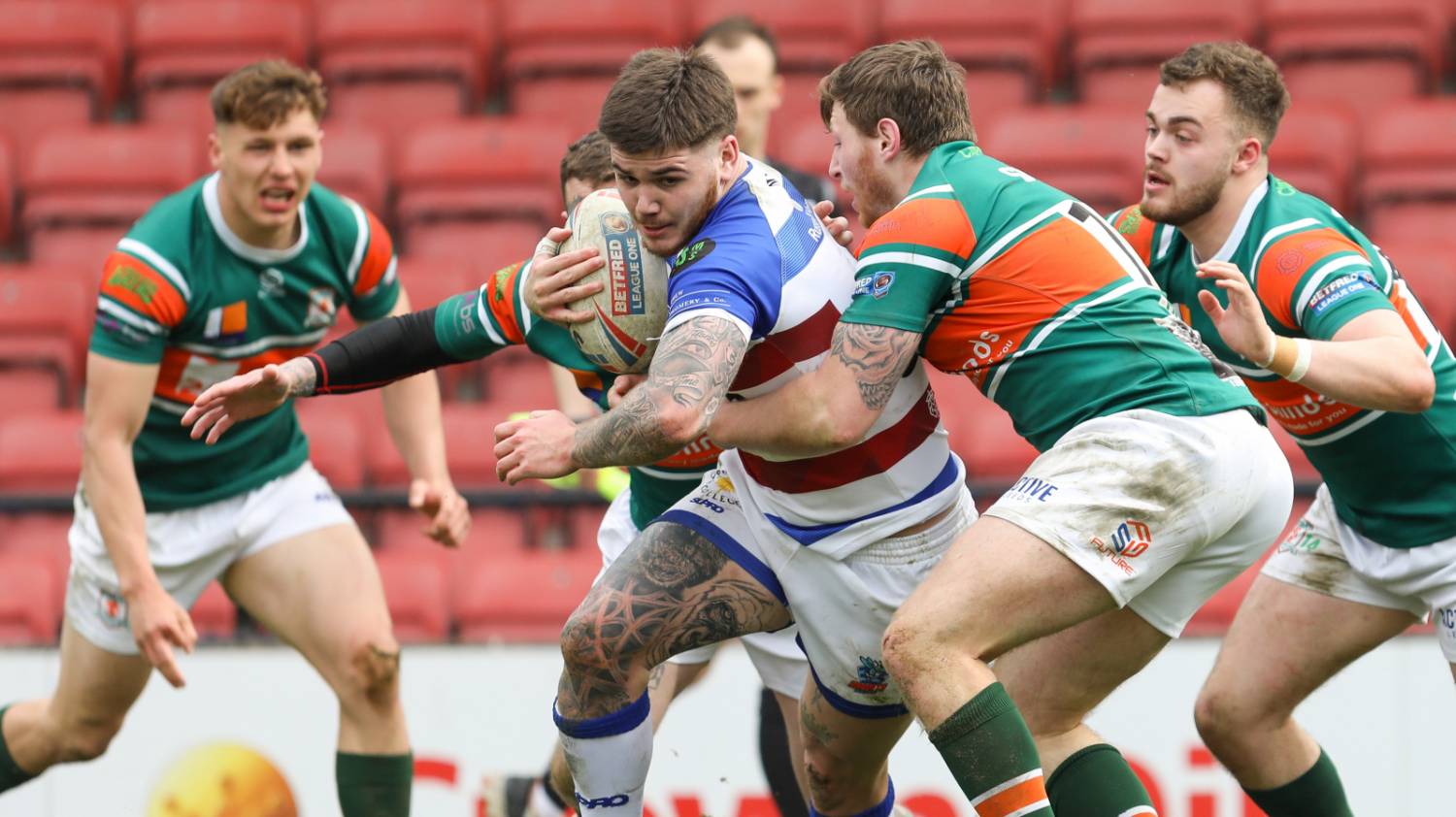 Rochdale Hornets is delighted to announce the signing of highly rated centre Ben O’Keefe, for the 2023 season.

O’Keefe was a huge success at Hornets in 2022, scoring nine tries in eight appearances, while on loan from Wigan Warriors.

But, he also made a big impact at his parent club, scoring on his Super League debut and winning Man of the Match in a narrow 38-28 defeat at Hull KR – on a day where seven of Wigan’s academy made their debut.

O’Keefe was also an influential figure in the Warriors’ academy side, who went unbeaten in 2022, but has now chosen to return to Rochdale on account of the freedom he feels when playing for the club.

He said: “I’ve chosen to re-sign with Hornets as I really enjoyed my time here, in 2022. I felt like I could play freely and that made me start enjoying the game of rugby again.

“I’m excited to start the season and hopefully I’ll be able to make a big statement in League 1. Working under Gary again will be a pleasure - he knows what he wants from the team and he’ll make sure we are all right for the start of the season.”

On joining Hornets initially, O’Keefe was keen to follow in the footsteps of his father Paul, who represented the club from 1991 to 1992, and was able to help the team to six victories in his eight games.

As well as his excellent try-scoring record, the Rochdale-born centre also provided another goal-kicking option, slotting six crucial goals in the historic 50-24 win over Oldham in July.

As a result, Gary Thornton is thrilled to have tied him down for the entirety of 2023.

He said: “We are delighted to have eventually signed Ben on a permanent basis.

“He had some outstanding games for us last season, and also made his SL debut for Wigan, so that obviously put him in the shop window. As a result, we threw our hat into the ring early to try and secure his signature, amid interest from a number of other League 1, Championship and SL clubs, so to finally have him as our own player is a huge boost to the squad ahead of the 2023 season.

“As a local lad, I know Ben is keen to be a big success at his hometown club. We saw last year his undoubted quality in both attack and defence, and he will become a vital member of our group.

“We have built a squad of young, eager and talented players and Ben fits the mould perfectly, so I’m excited to see him develop even further and become one of the standout centres in the league.”

Chairman Andy Mazey is equally excited by the eye-catching arrival of O’Keefe, who can also play on the wing, and hopes that it can be a catalyst for greater attendances at home matches in 2023.

“This is great news for our supporters. We worked tirelessly to get this one over the line and secure the services of a player who only recently made his Super League debut and was outstanding for Wigan’s reserve team as well as while on loan with us this year.

“Ben had offers from rival clubs both in Championship and League One in addition to some significant Super League interest, but was keen to come to Hornets as he’s a local lad with deep routed family connection’s which is huge for him and us.

“Hopefully this news, and the exciting young squad that’s been put together, will encourage people to back the club by purchasing a season ticket, joining All Hornets and supporting all of our commercial initiatives. We really do need the people of this town to get behind its professional club in greater numbers if it is to have a meaningful future.”