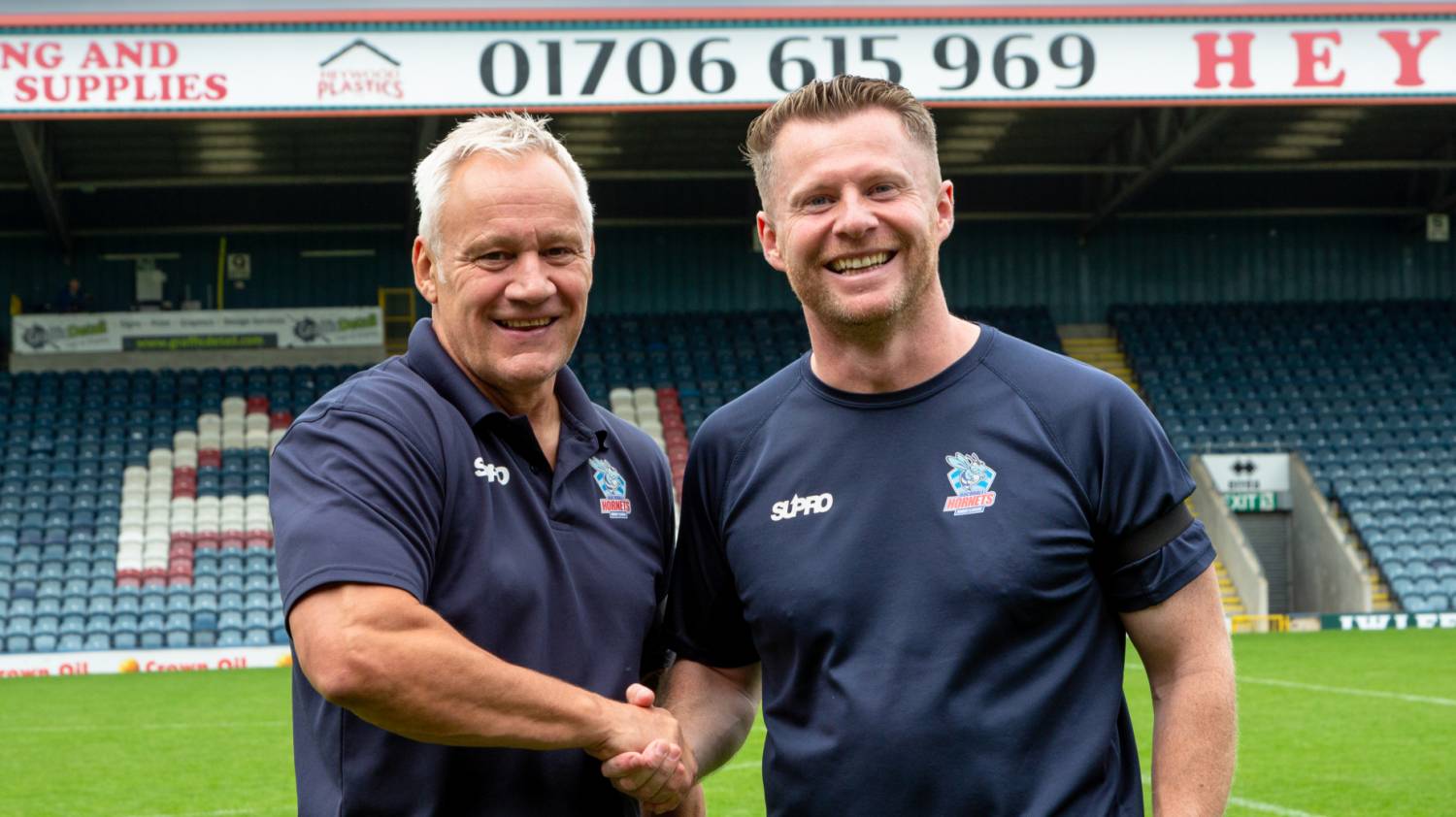 Rochdale Hornets is delighted to confirm our backroom staff for the 2023 Betfred League 1 campaign.

Assistant coach Mike Grady, who has also been the head coach of North Wales Crusaders, South Wales Scorpions and assistant coach at Newcastle Thunder, came in to support Gary Thornton in August and has now agreed a new deal with the club which will see him work alongside Thornton again in 2023.

Commenting on the extension of his contract, Grady said: “I'm delighted to have extended my stay with the club and I’d like to again thank Andy and Gary for the opportunity to be here.

"I was really welcomed at the back end of last season and it’s a great place to be a coach at. I feel Gary, and the staff here, are the right fit and we all work really well together as a group and complement each other in what we do.

Eccles will take up an assistant coaching role, alongside Mike, working closely with head coach Thornton.

Peter, who has been recruited strategically, is also the BARLA Lancashire under-17s head coach and has also worked recently with Wales under-16s as well as being a former Wigan Warriors Community Coach of the Year.

Speaking about his arrival at Hornets, Peter said: “I'm massively excited at this fantastic opportunity. I want to say thank you to Andy Mazey and Gary Thornton, for giving me this chance, and also Jason Seddon for helping make this possible.

"I feel I’m ready for this level and I will give it my all to contribute to what could be a fantastic season.

"I would also like to say a big thank you to everybody at Thatto Heath Crusaders. It wasn't an easy decision to leave such a fantastic club as I really love it there but, as I say, I now feel I’m ready to step up to this level and I cannot wait to get started”.

Highly respected team manager, Dave Ramsbottom, will also remain with the club along with our outstanding medical team lead Hayley Price who will also play an important role in the strength and conditioning coaching in 2023.