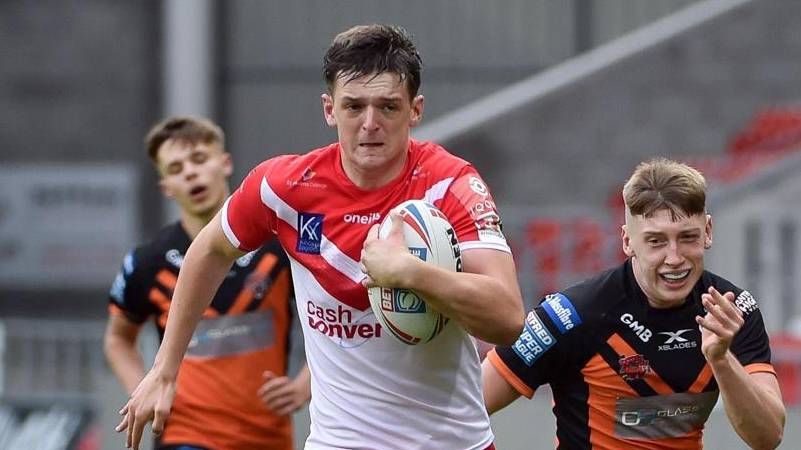 Rochdale Hornets can confirm the signing of centre Sam Haynes for the 2023 League 1 campaign.

A Halton Hornets junior, Haynes also featured in the Scholarship system at St Helens from 2019.

He was also a part of the Lancashire squad for the Academy Origin in 2022 under Head of England Pathways Paul Anderson, playing twice.

“I’m really excited to be a part of this team looking forward to the season and seeing what we can achieve.” Haynes said.

“When I got the call that Rochdale came in, it was a no-brainer really.

“I think the exciting part is the new team Gary [Thornton] has built and next season will hopefully be one to remember,” said Haynes.

And Thornton himself is delighted to have brought in such a promising young players.

He said: "Sam has come through St Helens academy and is now ready to step up to League 1. He has been a proven try scorer right through his junior career, and is looking forward to testing himself at senior level.

"He has a terrific attitude and I know he is keen to get into pre-season and show everyone his abilities. He will add strength and pace to our backline while providing competition for places with his finishing qualities and strong defence. Sam has a bright future and we hope he fulfils his potential with us, next season."

Chairman Andy Mazey is equally encouraged by the acquisition.

He said: "“Sam is another young player with bags of potential, and a fantastic pedigree, having come through a first class scholarship and academy at St Helens.

"We became aware of his availability at the end of last season and, after a number of weeks of conversations with his agent Kevin Brown, we finally managed to get a deal done to bring him to Hornets.

"He’s a tall, athletic, outside back and certainly knows where the try line is so I’m looking forward to seeing him continue his development with Gary and the coaching team in 2023.”