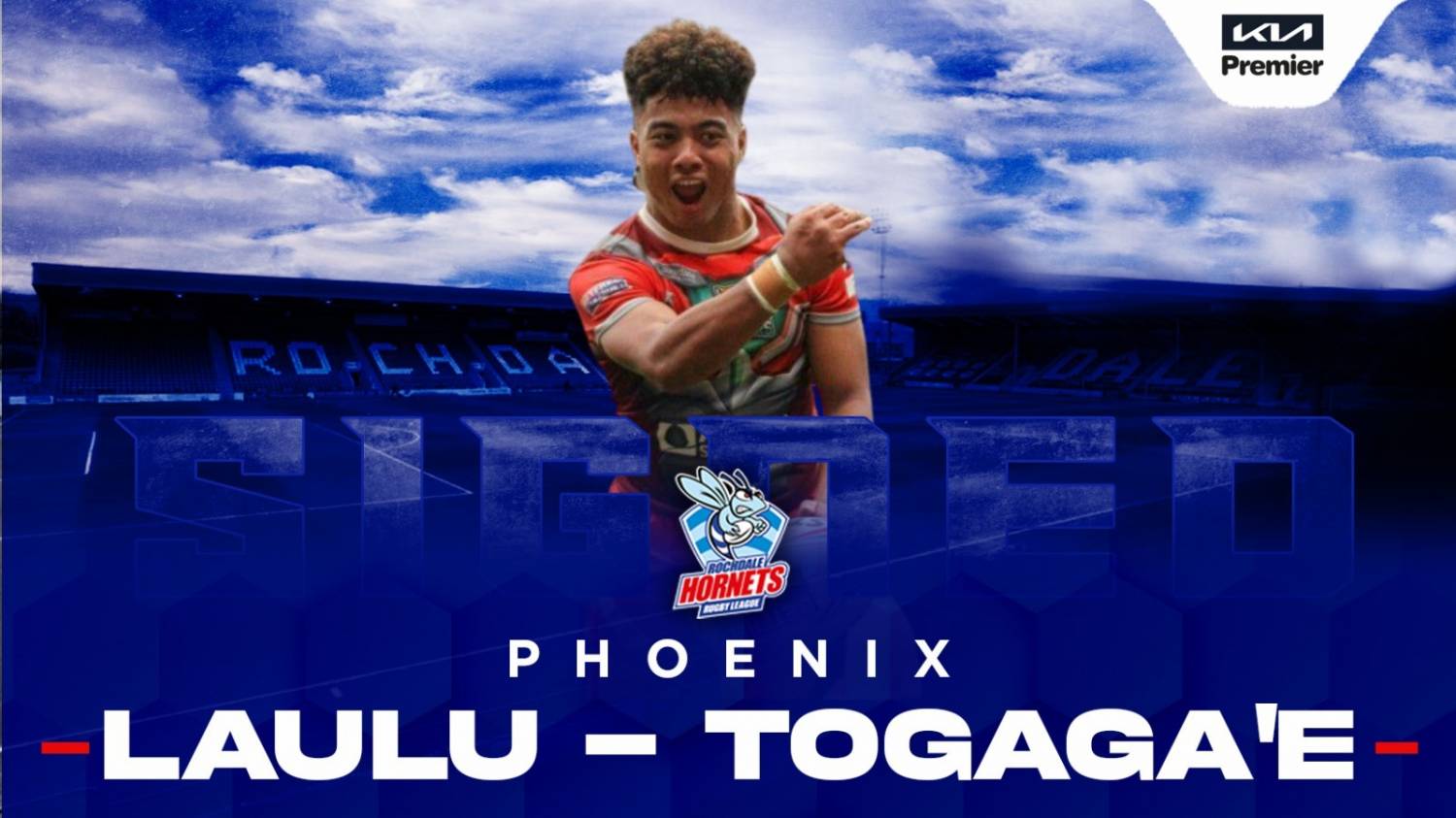 Rochdale Hornets is proud to announce Phoenix Laulu-Togaga’e as the latest addition to Matt Calland’s squad.

The Hull KR fullback comes to Hornets, on a two-week loan, following in the footsteps of Jy Hitchcox and Rob Worrincy - who also joined the club this week.

Having made the switch from union to league, after the closure of Leicester Tigers’ academy, the Australian impressed last season with his superb performances for Keighley Cougars.

His dazzling displays caught the eye of the Robins who held off competition, from several clubs, to secure the signature of the RFL League 1 Young Player of the Year.

Hornets chairman, Andy Mazey, is thrilled to have bought in such an exciting player from a Super League outfit.

He said: “We are delighted to bring in Phoenix and add some more x-factor to Matt’s options.

“He’s an exciting, young, full-time player who amassed a selection of highlight-reel performances, in League 1 last year, and has since been developing in a quality full-time environment - at Hull KR.

“I’d like to say a big thank you to Paul Lakin, my colleague at Rovers, for allowing this deal to happen - welcome PLT.”

Born in Brisbane, “PLT” came over to England – aged 7 – when his father Quentin signed for Sheffield Eagles.

He scored an outstanding 183 tries in 218 games for Sheffield followed by spells at Toronto Wolfpack, Castleford Tigers, and Keighley – where he played with Phoenix last season.

Quentin has since returned to Sheffield, on loan, but PLT will have the chance to take on his old team - when Hornets make the trip to Cougar Park on Sunday (3pm kick-off).