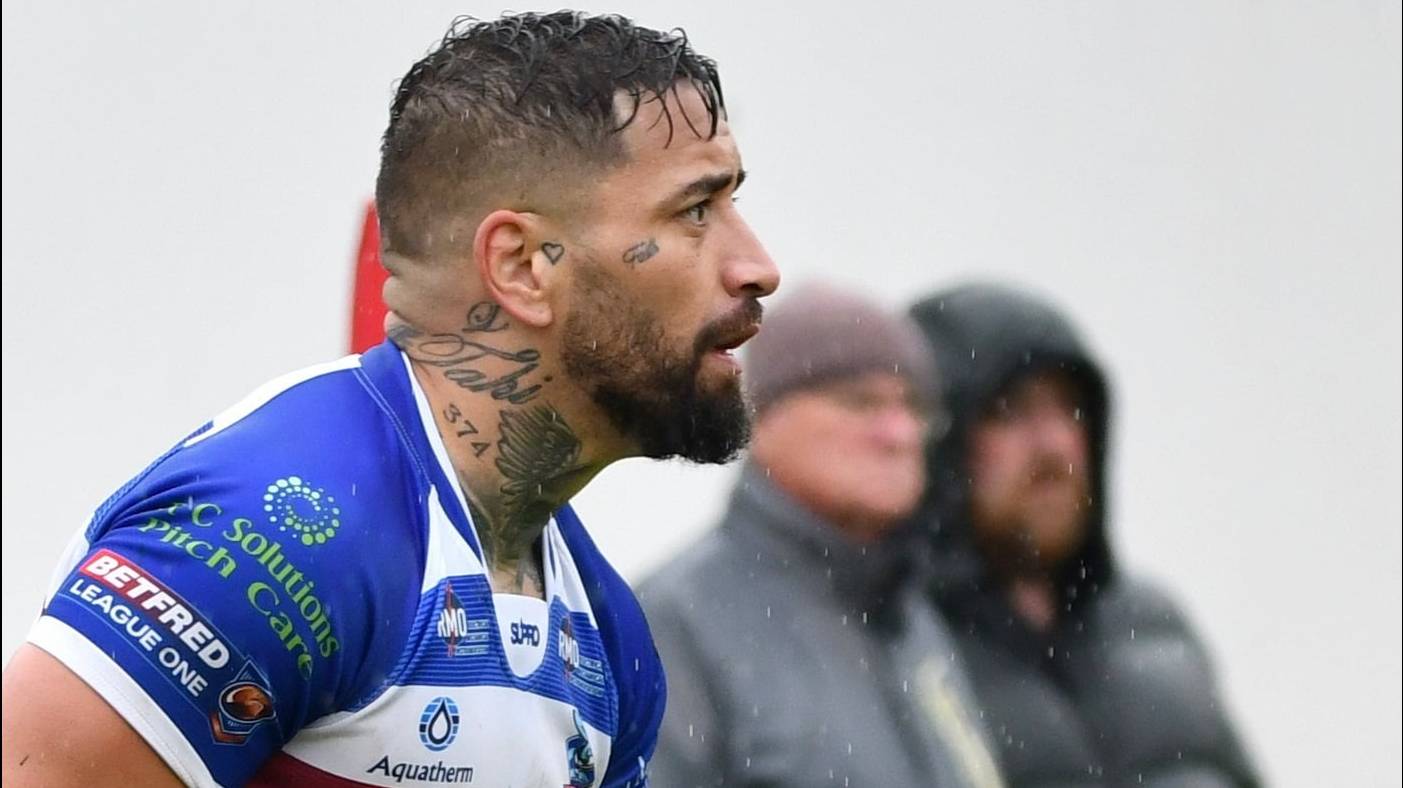 Rochdale Hornets strengthened their promotion hopes with a 50-0 win over Cornwall – in the first ever meeting between the two sides.

A magnificent display of game management from Rangi Chase, and a second Hornets hat-trick for Gregg McNally, meant that Rochdale took maximum points for the fifth game in a row.

Chase’s influence was noticeable from the start, with two early line breaks providing the platform for second row Zac Baker to crash over and open the scoring.

On a day where Hornets recorded their first shutout of the season, the defensive effort was led brilliantly by Gavin Bennion with the Wales international providing tackles that could be heard all around The Memorial Ground.

Hornets continued to look sharp in attack as well, despite the rainy conditions, and 11 minutes in they scored through a second row once again – with Ben Forster going over after a great break from Aiden Roden.

The hosts’ struggles to complete sets meant that Hornets continued to pile on the pressure – and Chase made this pressure count with an outrageous reverse grubber kick to put McNally in under the sticks.

Once again Matt Calland’s side were boosted by the introduction of Fuifui Moimoi, with the Tongan prop breaking tackles for fun.

His line breaking provided the platform for Hornets’ fourth try and when the former Parramatta Eels man found Lewis Sheridan, the scrum half offloaded to Ben Killan who dotted down - on the 30-minute mark.

The visitors asserted their stronghold with the final act of the half when McNally pounced on a charged down kick to register his second try of the afternoon.

Sheridan added the extras to give Rochdale a 28-0 lead at half time.

They continued their dominance shortly after the break when winger Cian Tyrer raced into the corner to score the sixth try.

It was then the turn of another winger to get on the scoresheet - after a magnificent, tipped pass by fullback McNally found Dan Nixon who finished acrobatically in the corner.

Nine minutes from time, Baker would register his second try after hitting the Cornwall line, at great speed, and powering his way over.

But Hornets weren’t finished there, with McNally completing his hat-trick as the game reached its conclusion.

After two fine breaks, from Connor Aspey and Roden, the Ireland international ran a typically slick supporting to line to go in under the posts – and score Hornets’ ninth try.

Sheridan added the extras to bring up the half century, and finish the game in style.

With the win, Hornets sit third in Betfred League 1 and will hope to continue their good form when they host Midlands Hurricanes next Saturday (3:00pm kick-off).