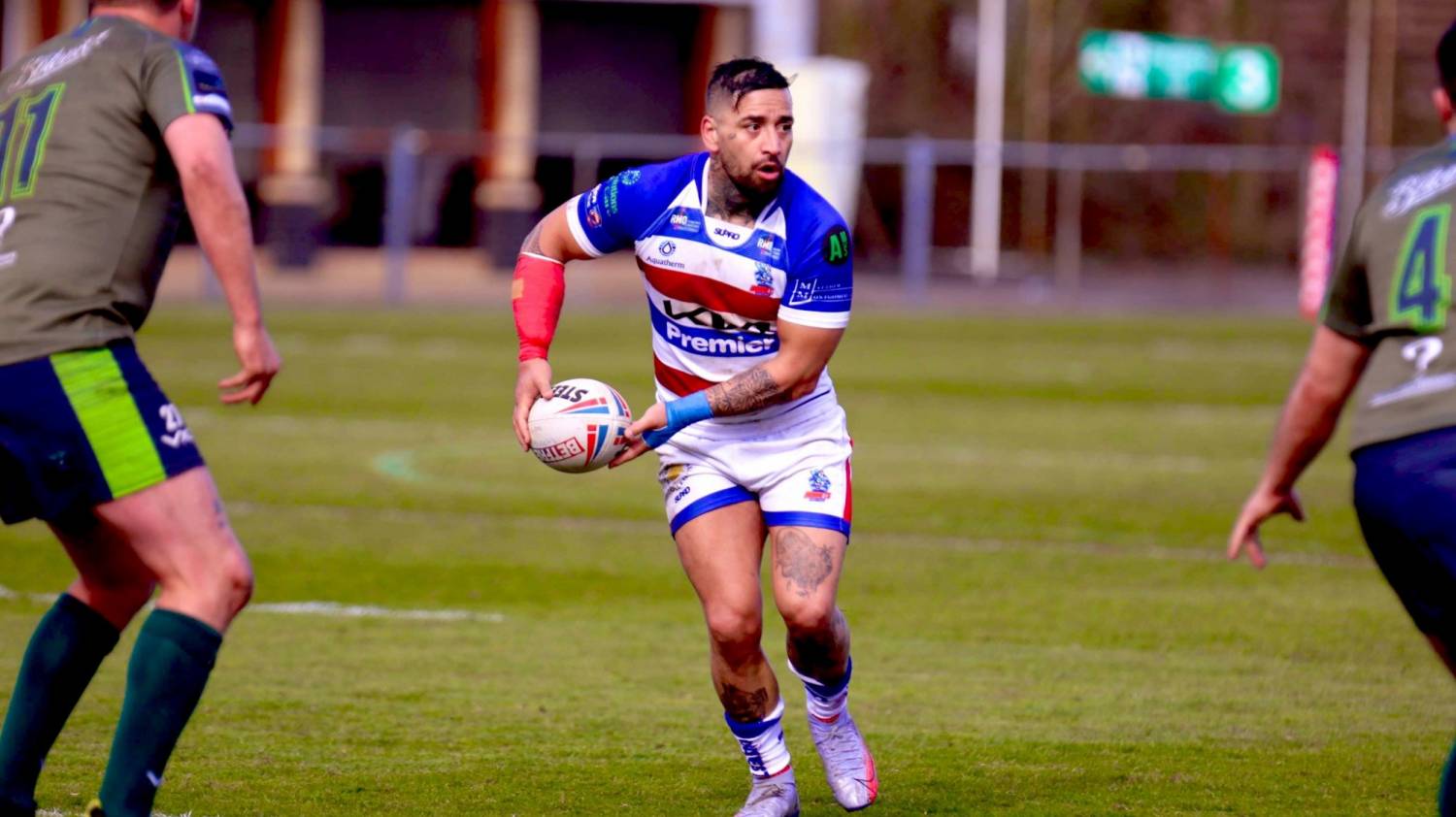 Rochdale Hornets recorded their first win of the 2022 Betfred League 1 season, with a 52-12 victory at West Wales Raiders.

Hornets ran in nine tries, including three apiece for Dan Nixon and Gregg McNally, to ensure they came back from Stebonheath Park with the two points.

However, Matt Calland’s side didn’t have it all their own way after starting slowly for the second consecutive week.

Lewis Sheridan had regathered his own kick-off to give Hornets an early attacking platform, but a knock-on allowed Dan Wilde to come away with the ball.

From there, the hosts worked the phases allowing Fergus Simpson to crash over for the first try of the game.

Simpson converted his own kick to take Ashley Bateman’s side into the lead, much to the delight of the boisterous home support.

Hornets responded with a sustained period of pressure on the West Wales goal line but again handling errors continued to cost the team, as well as good Raiders defence.

Eventually the pressure told though and Sheridan went under the posts, after some great link-up play with Ben Calland.

Hornets’ frustrations continued but a fabulous individual try from Cobi Green, in the 37th minute, put the visitors in the lead for the first time.

Green, playing in his home country, ran in from halfway after a brilliant dummy left the West Wales defence for dead.

Then, a well-worked Dan Nixon try, just two minutes later, meant that Hornets went into the break 16-6 up.

Calland’s side started the second half as they finished the first, with Sheridan going over for his second try just moments after the restart.

It was then the turn of McNally, skipper on the day, to get on the scoresheet.

Connor Aspey broke the line before being well brought down but a quick play the ball allowed Rangi Chase to find McNally in space for Rochdale’s fifth try.

The Hornets back line was beginning to run the game and a further two tries, in ten minutes, secured Nixon’s second and third try.

With Hornets now 38-6 up, McNally used all his experience to add to his own try tally.

After Rhys Davies broke the line with some quick feet, the Ireland international was on hand to receive a slick offload from his teammate and cross the whitewash for a second time.

However, the Llanelli side didn’t lie down and they were rewarded for their perseverance when Alan Pope pounced on a charged down kick to register a second score for the home team.

But, McNally would go on to secure his hat-trick three minutes from time after latching on to another offload, this time from Fui Fui Moi Moi.

Tempers flared in the closing stages of the game with Raiders’ Craig Lewis and Ieaun Badham being sent off for violent conduct, after the hooter.

Sheridan slotted the resulting penalty, to take his tally for the afternoon to 24 points, and clinch a much-needed win.

Hornets will be looking to build on this victory when they play host to Hunslet on Sunday April 10 (3:00pm kick-off).