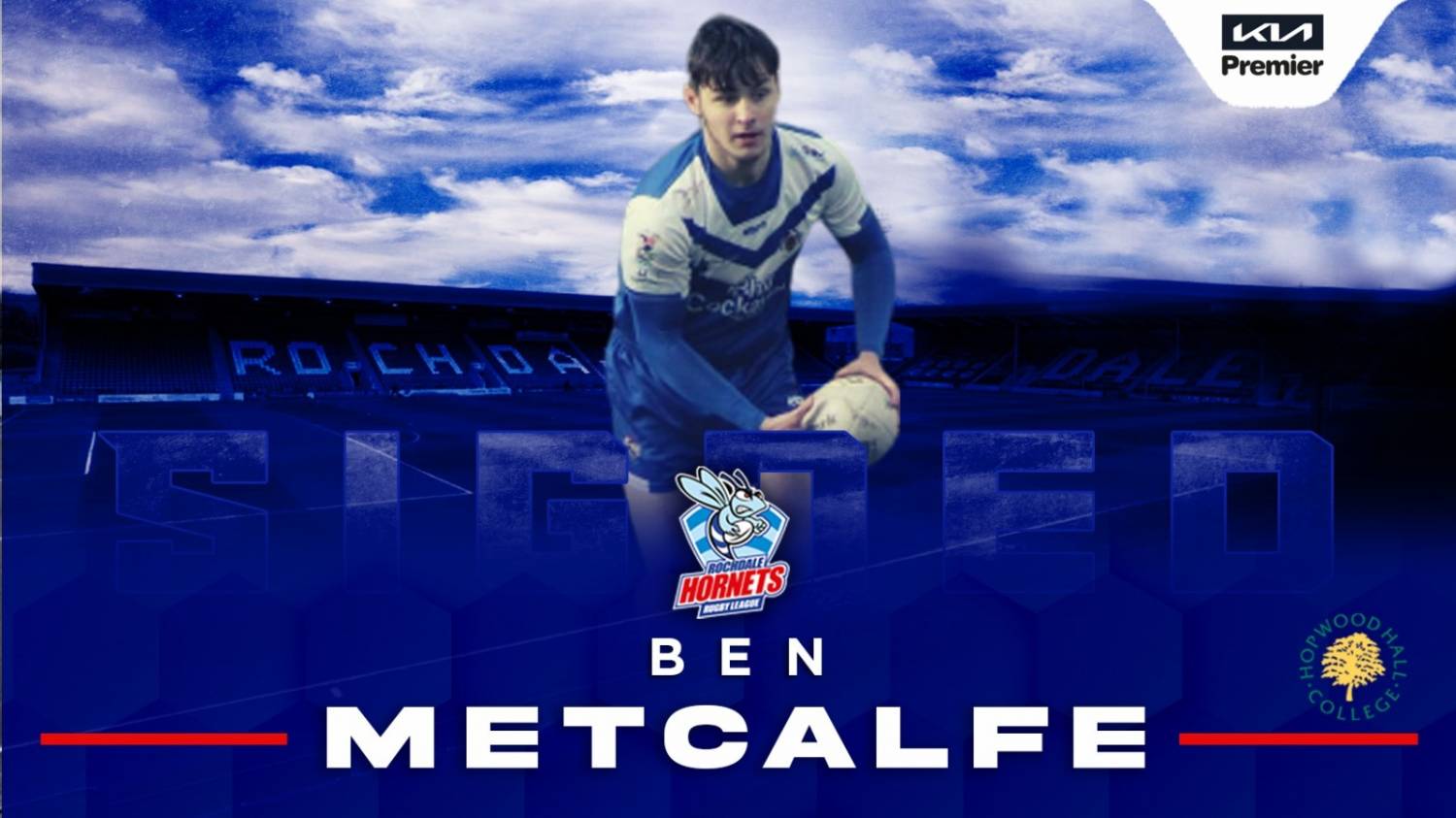 Rochdale Hornets is proud to announce the signing of Ben Metcalfe for the 2022 season.

The front-row forward joins on a dual registration with Rochdale Mayfield ARLFC, who continue to do outstanding work in the amateur game.

Calland is delighted to have the 16-year-old on board.

He said: “Ben is a really tough no-nonsense sort of player.

“He’s only just started at college, but his effort and application have impressed me that much that I have invited him to train with the first team.

Calland concluded: “He is a credit to his local club - Rochdale Mayfield.”

Metcalfe added: “I’ve been working really hard on my game so to be able to train with a club like Rochdale Hornets, at 16-years-old, is a real honour and an amazing achievement.”